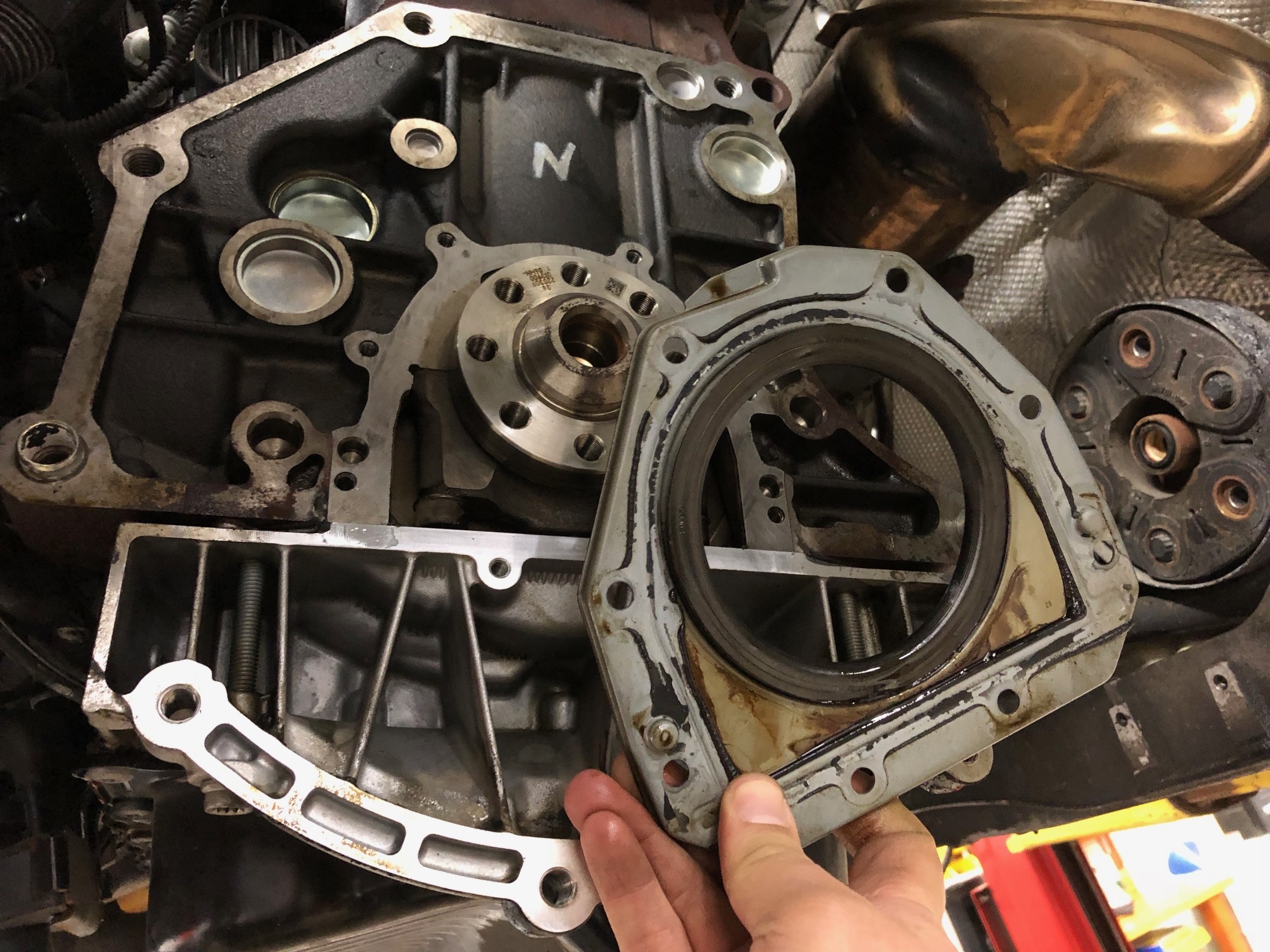 Another day, another job.

Do you have a pesky oil leak that just won’t seem to go away? The leak can range from a couple drops on the driveway to a pool. In extreme cases, the MIL will illuminate due to a vacuum leak out the seal and you will be running lean.

The 2009+ TSI 2.0T’s were fitted with a poorly designed PCV valve. The effect of this is too much pressure building up in the crankcase, and the PCV isn’t venting it out correctly. When this happens, over time it causes the rear main seal to blow out and begin leaking. We have heard possibilities of this issue becoming prevalent due to the fact consumers are using incorrect spec oil, and fuel.

We have covered this topic in the past, if you want to view our post click here. We will be writing a post shortly on poor quality fuels being used and the effects that has on your Volkswagen / Audi.

What needs to be done?

Because of this issue with the PCV becoming so prevalent, VW has issued a redesign that resolves the issue at hand, but does not automatically fix, or prevent a pre-existing failed or failing rear main seal.

Whenever we replace a rear main seal, we always quote with replacing the PCV with the updated version (if it hasn’t been already), the rear main seal, and normally a full synthetic oil change with VW spec oil.

By doing this, all the bases are covered.

OK, OK, but how much is this going to cost me?

The updated rear main seal and PCV are relatively inexpensive, the rear main costing around $100, and the updated PCV costing $200. Unfortunately this is a labor intensive job, coming in a little over 7 hours.

As mentioned above, the oil leak is always evident between the engine and transmission. This is because that’s where the rear main seal resides, thus the transmission needs to come out in order to replace it.

All in all, it does seem to be an intimidating issue. But with the main culprits having updated designs, this is not an issue to worry about once your vehicle has been repaired.